What Does “Namaste” Actually Mean?

What do we mean when we say “namaste?” It’s not what you might imagine. We hear it as we exit yoga class. We may even hear it after an encounter or meeting with a friend. It directly translates to “the divine in me bows to the divine in you.”

“[Namaste] is the equivalent of hello, but with an element of respect. ” Deepak Singh, a writer who grew up in India, writes in a story on this very topic for NPR.

In fact, namaste is not solely a yoga word, according to the Spiritual Science Resource Foundation. The word can be broken into three sections: Nama means “bow.” This gesture is seen as one bows forward with both hands together. Holding both hands together closest to the heart chakra indicates the prayer position. Moving hands to the center facing the teacher (or yogi) acknowledges and thanks the teacher for the practice.

There are many theories behind which word is appropriate and when. One most closely understood is namaskar, which is used when greeting multiple people while namaste is most closely associated with greeting an individual for a personal divine greeting.

The spiritual meaning of namaste

When a person greets another with the feeling that “I am paying obeisance to the soul in the other” then a ring of spiritual emotion is created within him. Namaste creates vibrations to the one receiving the gesture. Namaste creates a loop of bliss to pass positive energy unto the one receiving the gesture. Heart centers and chakras are said to connect during the divine saying.

“When your mind is fully withdrawn in superconsciousness, it becomes centered in the bliss of the spine,” Paramahansa Yogananda, author of Autobiography of a Yogi, says. “You are then in your ideational, or causal, body. That is the level of the soul.”

Namaste is the common greeting in yoga. It is a gesture to send a message of peaceful spirituality to the universe in the hopes of receiving a positive message back. Most say namaste as a means to thank the teacher or use as an expression of relief upon the ending of the class.

In modern cultures, however, namaste is taken to a new level of meaning. It goes beyond a spiritual chant and a divine greeting. Some yogis in India do not utter the word namaste. However, in Western cultures, it is very well-received as a greeting of endearment.

“In essence, namaste is recognizing we’re all equal,” says Miami-based yogi Sara Quiriconi. “During the class, we’re working hard on figuring out our own ticks, tendencies, and inner-work; but as we end the class, and before we go on with our day facing the rest of the world doing the ‘out-work’ the namaste is like a baton pass to take what you’ve learned on the mat with you off the mat to share.”

How to make the namaste gesture

In India, it is appropriate to use the namaste gesture when greeting colleagues. Bring both hands together and center in front of the chest. Make a small motion to bow while saying namaste. Eyes should be closed, and no objects should be placed in the hands while gesturing. Namaste is used to seek forgiveness and is polite to use when accepting wrongdoing.

Three things to remember the next time you say namaste

It’s important to create a ring of spiritual connection while saying namaste. The positive energy exuded creates the auric field of positive spiritual power. Only say namas when meant in a positive manner.

Last but not least, remember to place your fingertips softly together and simply graze the fingertip pattern, shape, and texture.

Namaste is a thank you to the world created and around us. The “divine in me honors the divine in you” references the spiritual transfer of the word. Honor the individual who is graced by your presence. 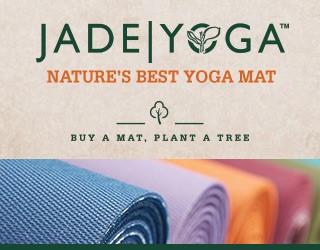 Check out the YDDB Blog

Working on those inversions!

You have Successfully Subscribed!